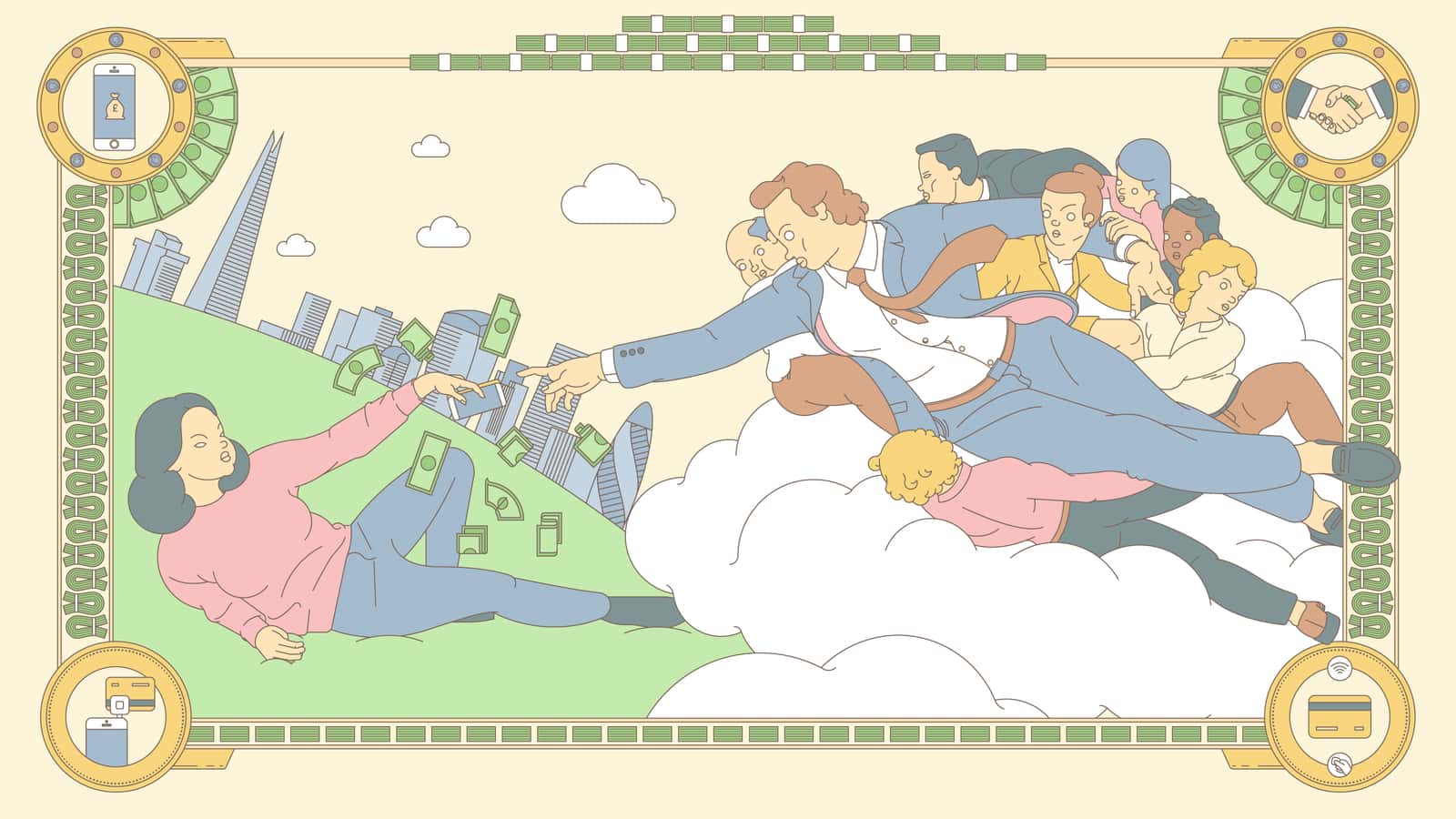 All the way to the bank: why we should be paying attention to Monzo and the fintech revolution

I went to an event last month that opened my eyes to the future of finance. It was at the London headquarters of a startup called Monzo (formerly Mondo). You might have heard of it – it crashed crowdcube’s website within seconds of its crowdfunding campaign going live three weeks ago after enthusiastic backers pledged £1 million in a minute and a half in exchange for equity in the startup.

Monzo is a financial technology (fintech) company aiming to disrupt the traditional banking industry. Monzo isn’t alone in trying to unseat the established elite – global fintech investment soared by 66% in 2015 to $20 billion and there are now as many as 12,000 startups in operation – but it's certainly getting the most attention right now. The company bills its offering as an “intelligent” smartphone-based current account and is issuing debit cards to a 60,000 person-strong list of beta testers – I was lucky enough to be an alpha.

The financial services industry is in the middle of a revolution. New technology and services are entering the market seemingly every week. In 2014, 29 startups applied for UK banking licenses from regulator the Financial Conduct Authority (FCA). Considering just one financial organisation, Metro Bank, obtained a license in the previous 100 years, it’s clear that change is occurring in the industry.

This innovation is transforming the way consumers interact with money, and traditional banks are at risk. Aside from the launch of online and later mobile banking services, I struggle to name any real innovation from banks that benefits their billions of customers globally.

Meanwhile, trends such as peer-to-peer payments and the unbundling of services from loans to credit checks are changing the game. Banks have so far remained relatively safe, but as the finance industry enters its next phase of innovation, new digital players are emerging that aim to directly challenge these traditional incumbents. Monzo is currently seeking ratification from the Prudential Regulation Authority (PRA) and the FCA to become an official bank. If and when that happens, Monzo can start targeting customers – and it will be aiming for the next generation of bank goers, millennials, before aiming for the soon-to-be coveted “Generation Z”.

The success of Monzo’s crowdfunding campaign shows there is demand for a new type of bank. One that puts trust back into financial services and places a greater focus on user experience (UX). A bank that attracts disenfranchised millennials, who aren’t as wedded to their financial services provider as previous generations; one in five millennials say they have already switched banks.

I spoke with Monzo CEO and co-founder Tom Blomfield, who said the startup’s recent £1 million haul says a lot about the change in the industry.

“It demonstrates that people really are interested in new ways of managing their money,” he told me. “Banks really haven't kept up with customer expectations, especially since the rise of the smartphone. I think we'll see a dramatically different banking landscape in the next few years.”

It’s not just future generations that fintech startups are targeting. Approximately two billion people don't have a bank account and live completely outside the financial system – and 40% of that figure comes from India, Indonesia and China. The potential for these new mobile-based services to bring these “unbanked” into the fold is huge. Monzo is initially rolling out in the UK, where 97.5% of the population has a bank account, but in China that figure drops to 64%. When you consider that emerging markets like Asia Pacific, the Middle East and Africa will account for 80% of all new smartphone subscriptions in the next four years, a move to the world’s largest country and economic market seems to be the logical next step.

Innovation on the money

From mobile payments and peer-to-peer lending to financial management services and money transfers, a raft of startups has emerged in recent years, focusing on disrupting segments of the financial services industry with innovative services. Companies like mobile card reader firm Square, money transfer service Azimo and social trading platform eToro are all making waves and generating coverage. These nimble startups are directly addressing consumer pain points, and by focusing on elements of financial services rather than trying to be all things to all people, they can be laser focused and create services that transform the way we engage with finance.

And crucially, consumers are starting to adopt these services. More than 15% of “digitally active” consumers have used at least two fintech services according to consulting firm Ernst & Young. But when you compare that to the 40% of consumers globally that has access to the internet, it’s clear that there’s a way to go.

Blomfield told me that the perfect storm of favourable regulations, the recent financial crisis and subsequent recession, and a generation used to smartphones and ubiquitous internet access has paved the way for the fintech revolution.

“I remember when people used to ask ‘will consumers ever be comfortable paying for things on the internet?’ The question now has changed to: ‘why does my bank keep sending me these pointless pieces of paper? Why doesn't my banking app do everything I want? What are branches even for?’”

So who will win in this land grab for consumer minds and bank accounts? One of Monzo’s great attributes is the way that UX is factored in from the very start. Poor UX is a common gripe among customers of established banks. In a recent survey, four of the UK’s largest financial institutions – Barclays, HSBC, Lloyds, NatWest and Santander – all scored less than 75% when it came to the functionality and experience of their mobile banking products. Fintech startups and the people behind them have suffered from these same issues and now look to alleviate the friction and poor customer experiences provided by larger, stagnant players.

“The single most important thing that traditional financial services providers overlook is user experience,” Blomfield told me. “Even above price. Banks will say things like ‘it's just a prettier app’, but they totally miss the point. You need to help customers accomplish whatever they're trying to do in the fewest clicks possible, with next to zero effort. It's Apple's ‘It just works’ philosophy.”

Trust is another huge component of any fintech startup’s identity. The financial crisis and subsequent years of struggle have placed customer confidence in banks at a low ebb. Just 38% of UK consumers trust banks – and that provides both challenges and opportunities for fintech startups. There are conflicting arguments as to how fintech startups can build this trust – some commentators say they should start with a focused product serving a small audience and build from there. Others say scaling as quickly as possible will ultimately provide the catalyst for trust.

For me, it’s simple: offer a secure service that makes life easier for the customer and that works; don't abuse your relationship with your customers, their data and their money; and ensure you’re transparent and communicate with them. Success will follow. Monzo and others have the perfect platform from which they can go forth and disrupt – and we should all be paying attention.