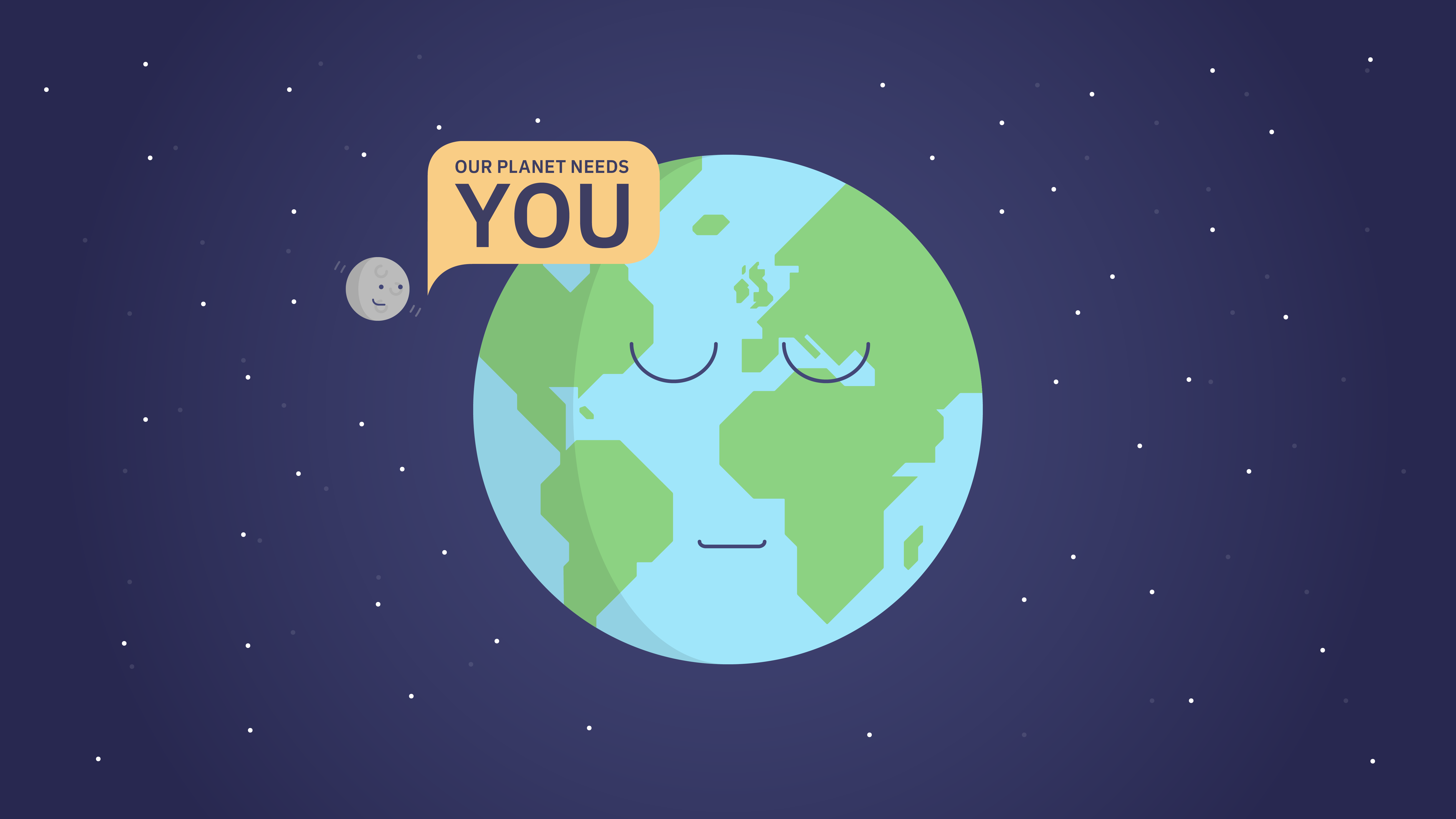 Four ways designers can help save the world

Our planet is precious and many people are fighting to protect it. But sometimes I can fall into the trap of thinking “what impact can little old me really make?”.

Recently, I’ve been working closely with World Community Grid as the first climate change initiatives to join this programme are announced. The IBM-owned project enables anyone with a computer or Android device to donate their excess processing power to scientific research. So although I may not be in the lab or out in the field, I’m still contributing to the cause.

In honour of Earth Day and the work we’re doing with World Community Grid, I’m taking a moment to celebrate some of the many ways creatives (like me) can contribute towards healing the planet.

Take a step back and look at your overall skillset. Is illustration your thing? Or do you have a way with words? Identify your key skills and then see how you can use them to make people take notice.

In the world of art, there are plenty of examples of individuals using their creative abilities to contribute to the conversation. The ART+CLIMATE=CHANGE festival (an exhibition centred on climate change art) showcases the work of artists such as Murray Fredrick; whose Vanity series presents an “anti-selfie” that reflects how frail the natural world has become:

Similarly, artist and scientist, Jill Pelto, combines both her disciplines in her watercolour paintings. Each piece hides scientific data among the brush strokes.

As designers we’re lucky. Our craft allows us to present messages visually to make audiences react and respond. Although I may be one person, the work I’ve done for World Community Grid has made me feel like my craft is making big changes. And that’s empowering.

World Community Grid’s new climate change efforts are centred around three specific projects – not the whole climate change issue. It’s attractive to volunteers as they are clear about the cause and the impact they can make.

This kind of approach is recommended by the book Made to Stick. There, the Heath brothers refer to a study where participants are asked to donate to a charitable cause. Results showed that they were twice as likely to give if the appeal focused on a single child, rather than on the entire problem.

After defining a charity’s unique focus, it’s our job as designers to communicate the message as clearly as possible. From logos to icons, every element should make sense on its own – but also as part of a wider identity.

The recent rebrand for the Leonardo DiCaprio Foundation gets this just right. The two logos – one for the Shark Conservation Fund and the other for the Elephant Crisis Fund – both draw on optical illusions. They use simple lines to symbolise the creatures’ habitats (from ocean waves to topographic hillscapes) all contained within one circle. Although the logos are different, it’s clear they belong to the same family.

World Community Grid’s climate change projects may focus on three different subjects, but the programme still needs one clear identity. The overarching circular device we produced uses three images within one circle. This alludes to our globe, and the different aspects within it that are affected by climate change. In the future, we will create circular devices for each of the projects themselves, using imagery that speaks specifically to each theme. These will all come together to create a family of circular “stories” that are all united under one core identity.

Science shows that emotional advertising makes consumers feel more connected and loyal to a brand. And, fMRI results reveal that when evaluating brands, consumers primarily use sentiment (personal feelings and experiences) rather than information (brand attitudes, features and facts) to make their decisions.

As designers, we need to carefully identify which emotions are the appropriate ones to “target” in order to get the right message across and inspire action.

And charities like WWF (justifiably) play on the fear of missing or losing the natural world.

On the other hand, organisations are also seeing the power of positivity.

Our friends at World Community Grid specifically requested hopeful, bright visuals. They wanted the results to be a celebration and appreciation of nature, rather than depicting it in chaos and disarray. And this theme of optimism is catching on. 10:10’s “Together we are unstoppable” campaign cheerfully celebrates everyone’s actions (from big to small) that are contributing to positive change.

Although climate change is a very big story, it isn’t monolithic. Communicating the issue can look starkly different depending on your approach to the challenge. It’s our responsibility to identify which line of action matches a client’s needs and communicate that to the best of our ability.

The power is in everyone’s hands (and computers)…

Although this post has focused on some of the ways designers can save the world, it isn’t just the responsibility of a few. A problem this big needs everyone to play their part. Whoever you are (and whatever you do) you can help. It takes just a few minutes to sign up to World Community Grid and you can start supporting right away.

Are you contributing to climate change initiatives? Let us know.