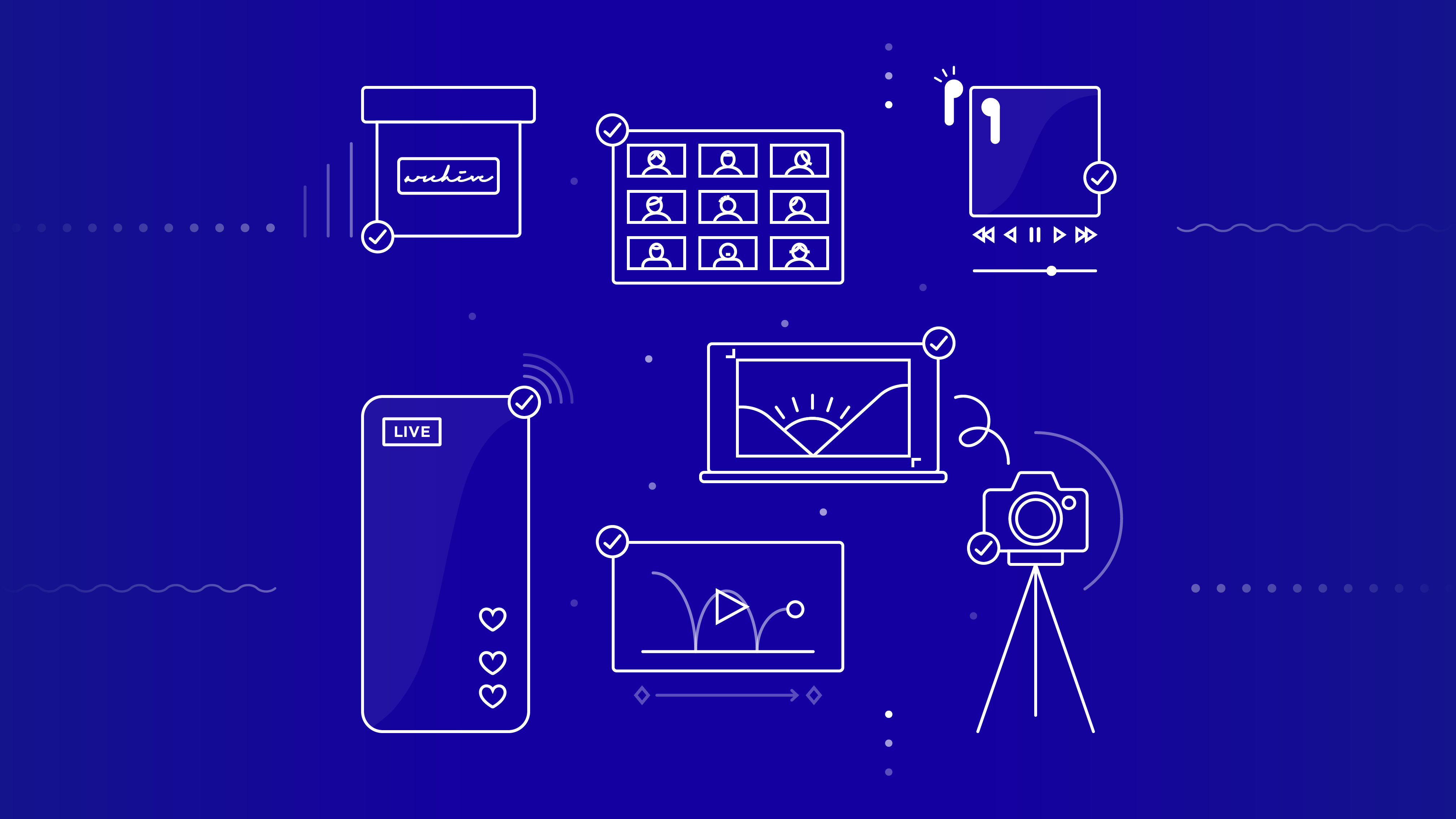 Just a few weeks ago, the thought that upcoming video shoots would have to be cancelled because of something as surreal as social distancing would have felt like – ahem – a sick joke. So much of the everyday reality of work has needed rethinking since then, but when you’re involved in creating content for brands, a lot of that being video, the need for new ways of working has been particularly pronounced.

This is certainly the case for Rob Martindill, Executive Creative Director at Content is King, a video content agency we’ve collaborated with on many projects, including a couple in the pipeline right now. Rob, like the rest of us, had a schedule that had to quickly change, which, as you can imagine for someone involved in film production, presented quite the challenge. But his outlook remains sunny: “It feels like we’re harking back to guerrilla filmmaking. A lot of people then were dealing with location, budget and crew restrictions, but you can still be really inventive and come up with something mind-blowing. It’s absolutely possible.”

So what are his tips for clearing the hurdles we’re facing today?

Look to the archives
“We’ve accessed a lot of archival footage to repurpose and edit,” says Rob. “We’re not just repurposing past interviews and finding different takes on subject matter that we’ve recorded recently, but we’ve been able to create a whole large-scale film with b-reel content. We’ve updated the footage with a fresh voiceover or motion graphics and text to make an entirely new piece of content.”

Up the Zoom game
“Everyone is Zooming, but there are techniques and expertise that specialists can use to enhance a Zoom call, even if it isn’t recorded particularly well,” says Rob. Talent matters, of course, so if you’re producing a discussion-focused video, you need to have someone with authority to chair the conversation and control the editorial aspect of the piece. Then you get to the look and feel. “Pieces we’ve created for clients include the tiled speaker view as well as the solo speaker view, so we have options to cut between for variety. We’re also able to trim all the fat from the piece – microphone issues, repetition, pauses and so on – add branding, stings, captions, supporting imagery, clean up the sound quality and make it a much more compelling piece. I never thought I’d be colour-grading Zoom footage, but here we are.”

Go live
To get live streaming right, you’ll need to have the right equipment and a slightly longer lead time than when you’re creating a Zoom call piece. “If you’re using a professional mixer and vision mixer you can piece together the equivalent of outside broadcasts, experts, talking heads and an interviewer,” says Rob. “You can then mix in inserts live, which might be a package that’s been edited together using voiceover from an existing clip from the news.” You can also add opening titles, closing titles or lower-thirds coming up live, so it has a more television show feel. You’ll need extra technicians briefing and feeding to the contributors, so it’s a large-scale undertaking, but the end results can be really impressive.

Create podcasts from existing video pieces
“Keep in mind that you can repurpose existing longer form video pieces into podcasts. Ideally, you would record a fresh voiceover for the exposition, but this is possible – your subject just needs to have a quiet spot and the right sound-recording equipment.”

Take stock
“Stock footage and image libraries are a really useful resource, but you just have to choose the library wisely and avoid generic or bland images and footage,” says Rob. “It can be a bit of a needle in a haystack as it’s more about devoting enough time to search for the right asset. You have to delve deep and think outside of the box when you’re searching. And keep in mind that the imagery you’re searching for might not actually exist.”

Create it
If you can’t find the stock footage or image you’re looking for you can create your own stock-style assets to order when required, so you don’t have to rule that out entirely. Obviously it just depends on what the requirement is. “Original content will always be a better option than stock because it is completely bespoke, but obviously the subject matter is very limited,” says Rob. “Good lighting is one of the keys to getting it right, but you can also create a look that references a studio with black drapes or green screen – anyone can do that if you have a bit of kit in house. But if you’re lucky and have a lovely kitchen and good natural lighting you could shoot good stuff with sunshine and a homemade reflector – it’s not impossible.”

Consider motion graphics
The unsung hero of remote work, motion graphics are a brilliant way to circumnavigate the current challenges. “Sometimes motion graphics can be the best way to explain something anyway – often if the concept you’re trying to convey is a bit more abstract, technology-driven or algorithm-based,” says Rob. Whether you’re creating an icon-oriented and text-focused animation using kinetic text, a character animation, or 3D motion graphics integrated into live action, there’s a wide world of techniques to draw on to give your content an edge. You could also be a little more creative with stock footage and imagery. “You don’t just have to use stock as it’s presented to you – you can integrate it into video walls or 3D space, or track extra visual elements into the shot. You can be really creative with motion graphics and stock to make something feel more premium and interesting.”

But, putting aside the technical aspects, the pieces of content that always shine are those with heart. “One of the things that always cuts through, regardless of production value is a sense of humour, and that’s no different to pre-lockdown,” says Rob. “When a piece of content surprises and delights and shows that there’s been some clever thinking in the premise or execution, it always succeeds.”

Home truths: what it's like to start a new job in the age of isolation