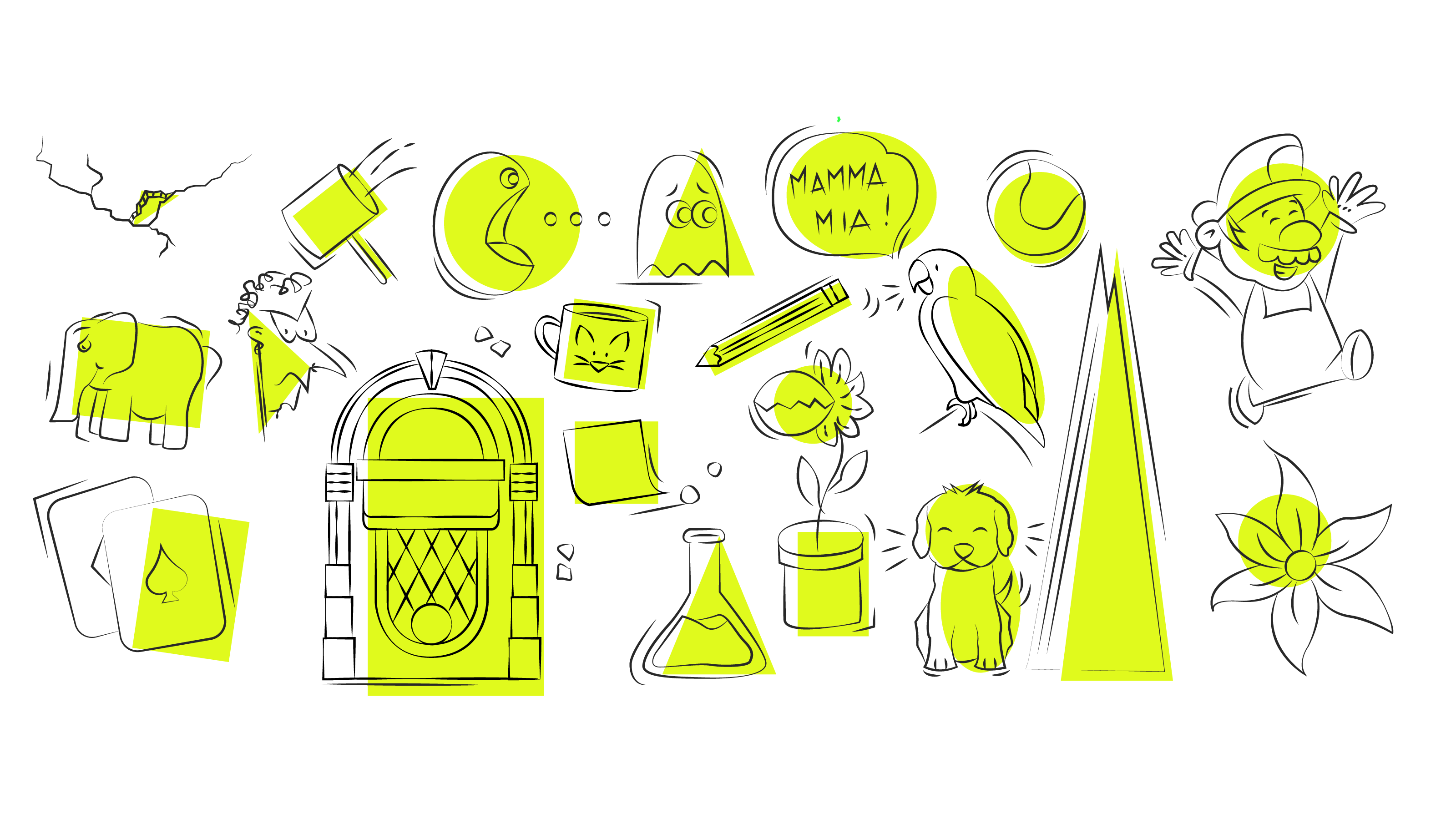 Six months ago, The Frameworks engaged in an act of vandalism. On our clean white office walls, we broke out the Sharpies and released our inner Banksy. A few hours later, we gazed with satisfaction at the mural in front of us – and then we took a sledgehammer to it.

The reason for this wanton act of destruction? Moving day.

We’d been looking to upgrade our studio for some time. Firstly, we wanted a new, larger, lighter space to match our bright ambitions for the future. Secondly, we’re big believers in shaping fresh environments to help get those creative juices flowing.

For months we scoured different locations, but none of them felt quite right. Then, as luck would have it, our neighbours upstairs moved out, leaving behind a beautiful glass office with penthouse views across the city. It was the perfect fit. And you know a place has style if it was good enough for Terrence Conran back in 1992.

After consulting architects and engineers, the plan was to expose the staircase between the two floors – connecting our fourth-floor meeting spaces with the new studio above. We all got stuck in and began the monumental task of dismantling our old work area. It took major teamwork, a lot of late nights and more cardboard boxes than you’d find in an Amazon warehouse.

Thankfully our efforts paid off. We love our new space. And we now have stunning views across London. Plus, the transformed layout has boosted collaboration.

It’s also been eventful, to say the least. We’ve hosted Canton’s brand launch party, featured in a TV film shoot and made the most of the British weather – from freak snowstorms in March to record-breaking heatwaves over the last few weeks. We even managed to haul a Big Green Egg up five floors, so we can enjoy rooftop burgers while watching the World Cup (though we were fairly devastated by last night’s result). It’s an added bonus that our Partner and Head of Strategy, Ben Bush, fancies himself as a pitmaster.

Clients often drop by to take in the views, talk to the team and get a bit of work done. If you fancy doing the same, just give us a call – we’d love to show you round. And if the sun’s out, we might even fire up the barbie.