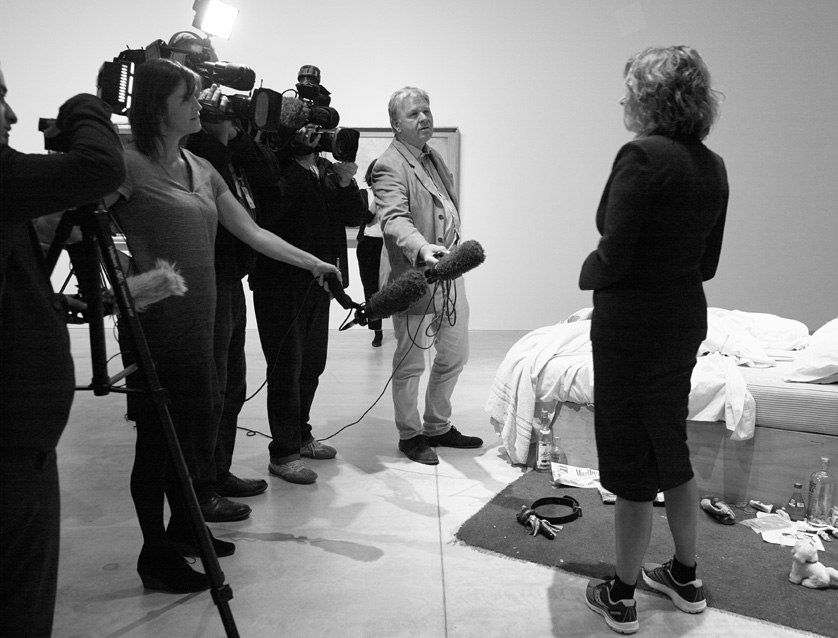 My Bed, contem­porary art, and a question of genius

I was delighted earlier this week to be able to help open our autumn exhibitions. One of the highlights on show is My Bed, the iconic piece by Tracey Emin, who grew up in Margate, that was included in the Turner Prize show in 1999. That makes this work almost historic and, as Tracey said at the opening, it felt for her like “looking at old ghosts”.

Tracey is now one of the UK’s most well-known contemporary artists. Much of her work, if not all, is autobiographical and in comes a range of media – neon, embroidery, film, sculpture, as well as paint.

My Bed is a stark snapshot of Tracey’s life towards the end of a failed relationship in her mid-30s when she was living in a Waterloo council flat. Emin recently described it as “a portrait of a younger woman and how time affects all of us”.

I am hoping thousands of people will come to Margate and Turner Contemporary to view this work. It is being shown alongside some JMW Turner seascapes, which deliberately capture the tension within the elements, a struggle that’s also evident in My Bed.

Many people have a view about contemporary art in general and My Bed in particular. Is it art? Could anyone have done this? When it first went on show in 1999 it certainly provoked some emotional responses. But whether they loved it or they hated it, everyone had something to say.

And, to my mind, that’s the purpose of art. To make us feel something. To make us think differently about the world and how it works. I think artists that can do this display genius – and that is what I see in Tracey’s work.

Whatever you feel about My Bed, I have no doubt it has contributed to changing the way we think about women in society, and how we frame mental health.

Despite the fact that there is still much to be done, and despite the appalling stories hitting the headlines all-too-regularly, our world in 2017 is, I think, freer, more tolerant and less discriminatory than was the case before the turn of the century.

Tracey’s work was the first of its kind. It has helped shape some of those changes and has altered the way we think about art – and that is genius.

As well as Tracey Emin’s My Bed and the works of JMW Turner, Turner Contemporary is also showing The Poetry of Forms by Jean Arp – the first chance to catch this artist’s work since 1962. All shows are open until 14 January 2018. Further details can be found at www.turnercontemporary.org.