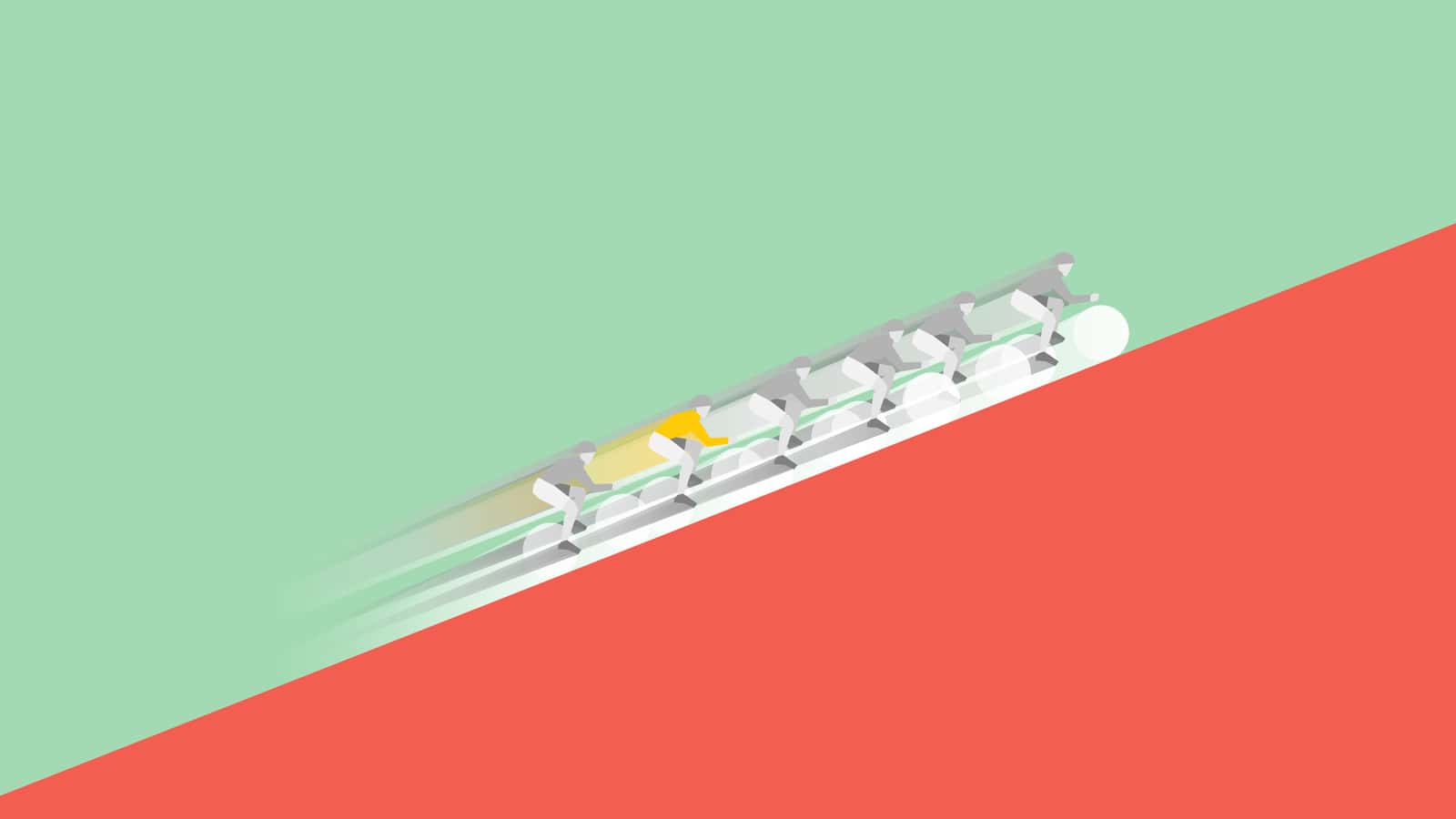 What the Tour de France can teach us about teamwork

Leicester City – not Jamie Vardy or Wes Morgan – won the “fairytale” Premier League title in 2016. And it was the United States that dominated Rio 2016, not Michael Phelps or Simone Biles. Time and time again, sporting success depends on the combined individual efforts of the people that make up the team.

The Tour de France takes the concept of teamwork to the extreme. After all the up-hill struggles, pile-ups, training, scrapes and dedication, there’s still only one man who stands atop the podium. The team members check their egos once they cross the starting line and, although they may believe they’re the better cyclist, they sacrifice their own glory for the benefit of the team – and (ironically) a single designated front-man.

The “domestiques” dig deep and stretch their bodies beyond the imaginable for the benefit of their leader. In Stage 18 of this year’s tour, (a steep mountain pass in the Alps) Michal Kwiatkowski put so much effort and energy into his uphill climb that he flung his expensive sunglasses onto the road, rather than wasting energy storing them away, and even ground to a complete halt once his turn was over. All the grit and determination for his team only rewarded him with a “star domestique” title in the headlines and a constant barrage of thank-yous from his leader Chris Froome. But, despite the lack of physical rewards, Kwiatkowski continued to remain humbled because he knew his hard work would overall benefit his team’s leader:

“It’s great to win big races, but of course, it’s also great to change an environment and help someone.” – Michal Kwiatkowski

The latest tour, won by Chris Froome in July, got me thinking about how we channel individual talents towards a common goal in less sporting situations.

Much like the cyclists in the Tour de France, The Frameworks fosters a collective culture. Each individual works for the general will of the agency to ensure success for our clients. Every Frameworker synchronises and unifies around common goals to generate efficient, effective and creative results. The collaboration we practise here is not just about getting a job done, it is about living our philosophy together to create our best work.

Teamwork brings a whole host of benefits. Most importantly, it generates strong results for our clients. Collaboration breeds innovation – as it is “the defining characteristic of creativity and growth” – and our assorted skills and varied ways of thinking mean we work better than we would in a homogenous workplace.

A homemade escape room challenge at work recently made me realise how individual expertise and insight can combine to achieve a collective goal – in this case to escape. Sakiko, Chris and Matt devised a series of mental and logic challenges, all of which we had to overcome in order to save a “client” from getting hacked. First, we had to examine all the objects in one of our meeting rooms to explore whether they were hiding any clues: information was found in the blinds, on mugs and even within vinyl album covers. We then had to investigate how these objects worked together to reveal codes. The codes would then open boxes and reveal information which, when entered correctly into the computer, would save our client and grant us freedom.

The pressure of the ticking clock meant that the first few minutes were crucial – we had to establish our roles based on our individual skills. In my team’s case, Louise was particularly good with her musical references and Mel had the best awareness of everything in the room. Our varied interests outside of work helped us operate better as a team. If we were all cookie-cutter versions of each other, perhaps we’d still be trapped in that room today.

Getting the balance right

Believe it or not, some people are still strongly against teamwork. They proclaim that “too many cooks spoil the broth” and that it’s individual visions and eccentricity that breed innovation. I think it’s about getting the balance right.

Research has found that creative people sometimes reject collective feedback, fearing input from others will compromise the personal identity they stamp on their work. Competition then grows as people want to prove that their contribution and ideas are the best, rather than allowing them to be diluted by the collective thought process. Though it sounds dangerous, this individualism – when controlled – can still be beneficial. The subtle competition that individualism brings inspires more contribution, unique innovation and encourages employees to excel.

Teamwork, the argument goes, sometimes overwhelms individuals to the extent that the best ideas don’t get heard. Some may compromise their own thoughts and opinions to achieve consensus – a behaviour coined as groupthink. And often, workplaces forget that being collaborative isn’t always about being “nice”.

To overcome groupthink it’s important for individuals to speak up and “sell” their ideas – even if they create tensions and challenge others. I’m sure a lot of successful creative projects only worked because of disagreements that set breakthroughs in motion.

Successfully blending individualism and collectivism in the workplace can lead to more fruitful creative processes. Differences of opinion create more vibrant, one-off and lively work. In fact, The Motley Fool (a multimedia financial company) even hired a Chief Collaboration Officer to nail the perfect balance between collaboration and competition – an initiative which has spurred company-wide success.

More organisations and employees should take inspiration from Motley Fool and the Tour de France. Companies owe it to themselves to untangle creative ideas from the minds of individuals – so that work becomes about striving to transform individual ideas into the best possible collective output. A whole team, after all, is much greater than the sum of its parts – but in any one project some of its parts will turn out to have the key to success.